This is a page for my own amusement, a giant list of many characters I have played through the years.

Changeling: The Lost character from an online game. Spring Blightbent Elemental. General concept was a boomer-era dude trying to repent for various sins of the past: being a terrible manager/exec signing off on a variety of pollution and environmental damage in the 70s and a fellow using the fact that he could easily pass for wealthy straight white male to look the other way, his return was an effort to do some good in the world. Born in 1950 to a solid middle-class family in Connecticut, he went to school in Boston and lived part of his life in New York. Eternal chain smoker. 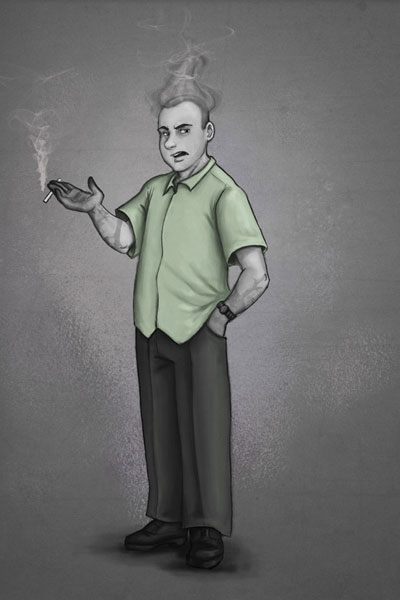 Never did break the chainsmoking habit. On the plus side, it probably wouldn’t have killed him. 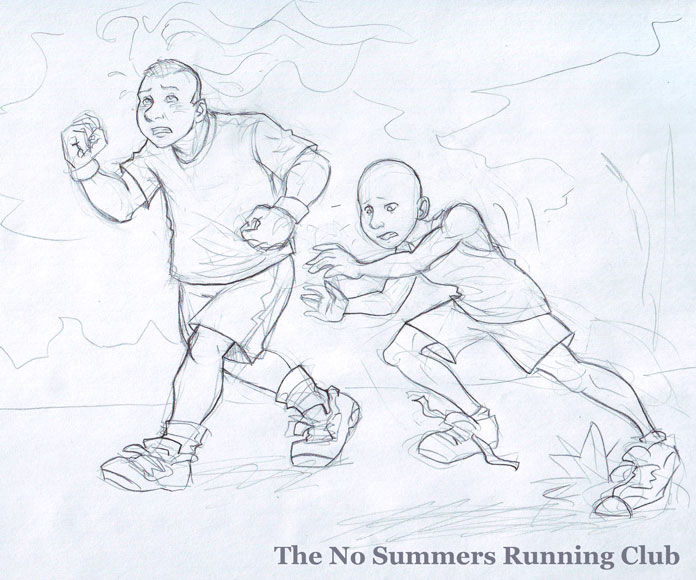 Ashton and a friend trying to get into shape. Rather pathetically. 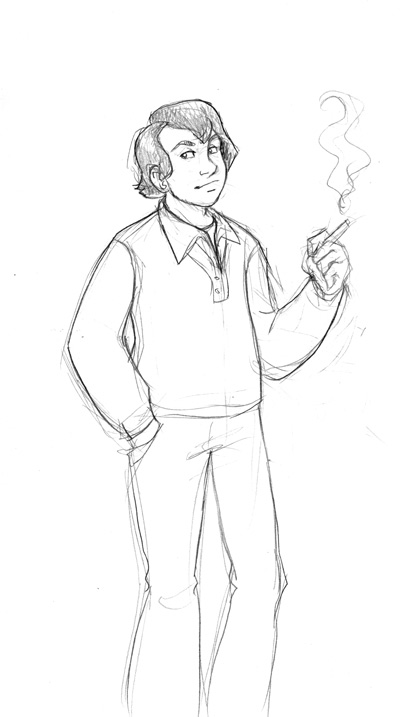 Ashton back in the 70s.The fashion was one of the unforgivable sins of the past. 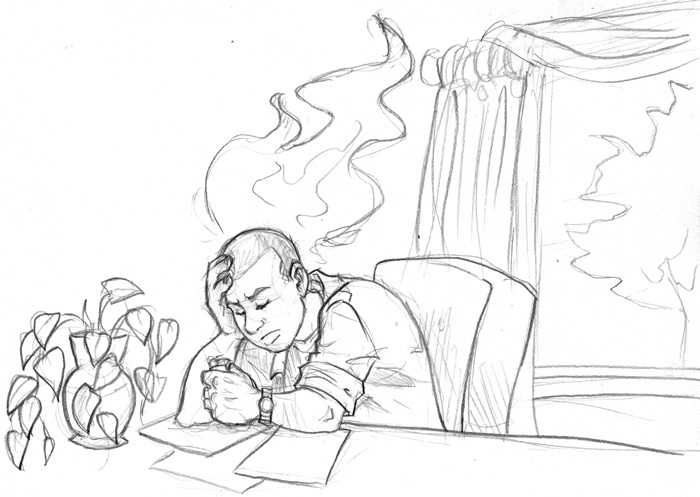 As the resident “grownup” among the changeling community, the dude put up with a lot of BS from other changelings.

Changeling: The Lost LARP character. Summer Lurkglider. She was the resident Batman of the game and generally hated her season and everything else. Appalachian, from Pennsylvania. More backstory than anyone ever learned. 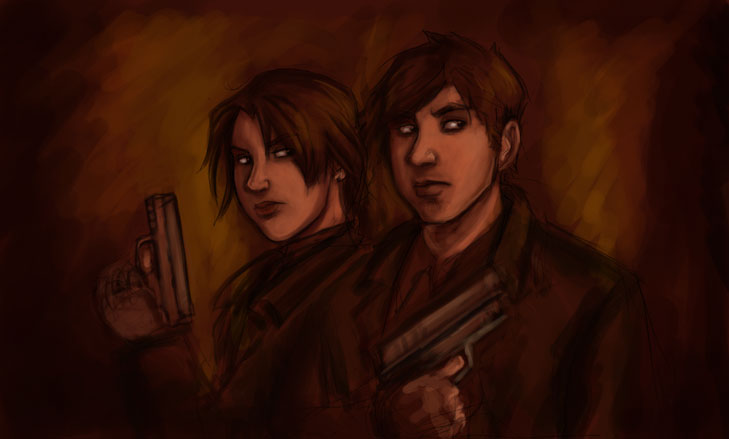 Rachel and her brother escaping after a revenge-murder. 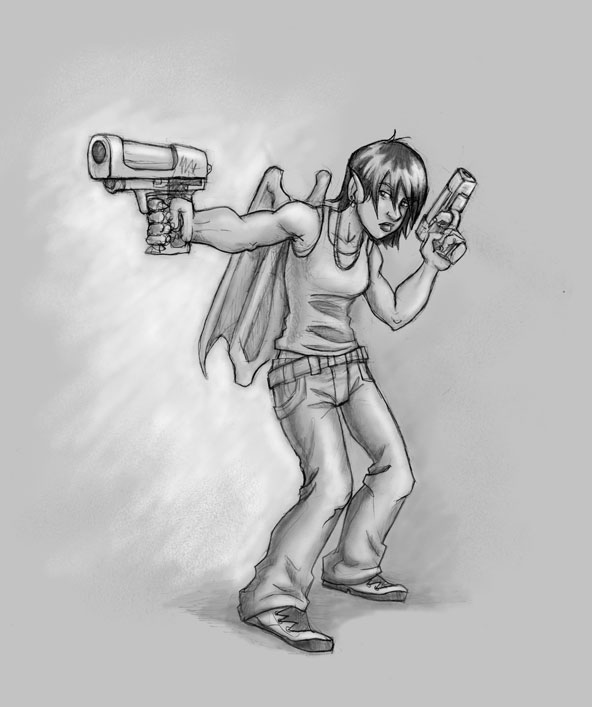 Dresden Files were-raven Irish Traveler. Complex character played alongside his cousin who was a Scion to the Morrigan, he put family first right up to the end of the game, and he was often torn by this loyalty. Suspicious of outsiders and losing his chance at a relatively normal life, he fell into a much larger plot to battle the Fomorians. Great at ambushing and stabbing things, this character managed to roll 9 shifts of success on stealing pants after flying as a raven to a building and taking the sniper out. 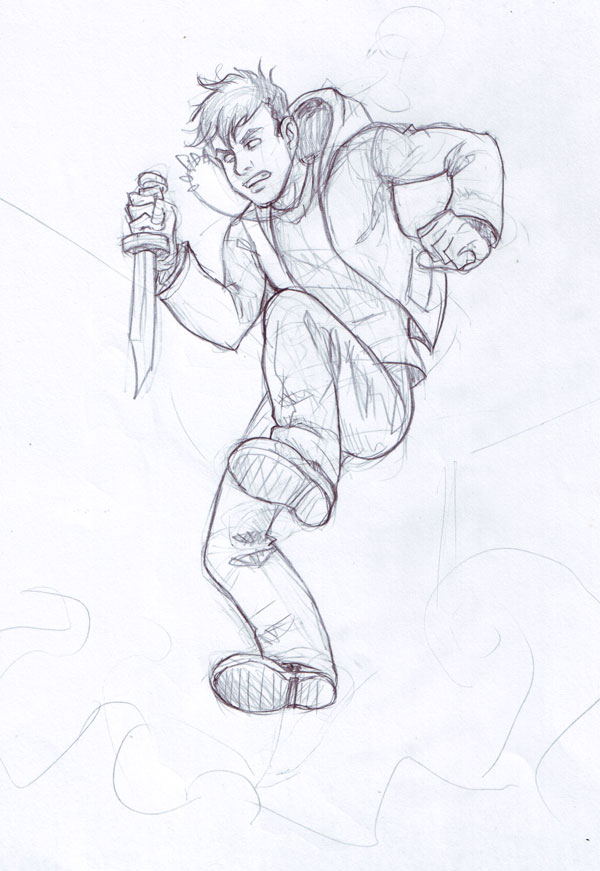 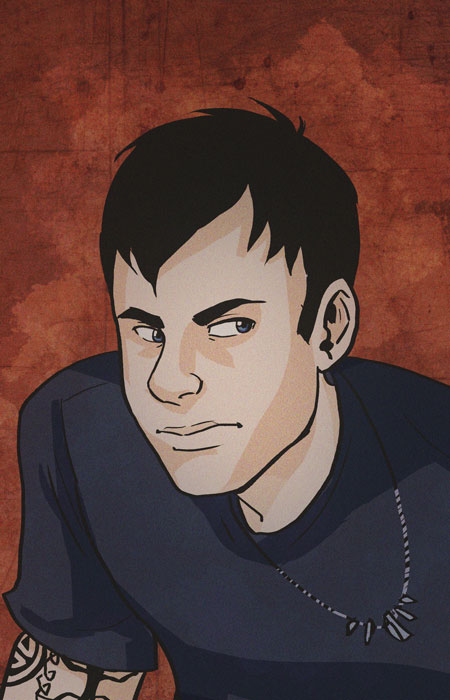 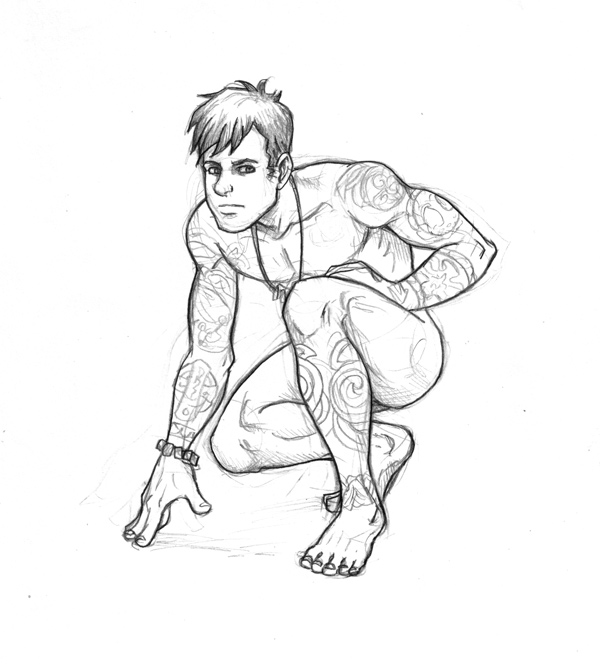 This dude was naked more than any PC I have ever played. I finally just went ahead and drew it outright.

Vegas gambler that got himself into far too much trouble, he was another Dresden Files character – a cointouched with conflicting feelings toward David Bowie, seriously trouble-prone tendencies, and a bit of a spaz. He managed to scam a demon for several months straight, dated a scion of Odin, and was generally a mess of a human being. Great fun as a character though – sometimes characters that don’t have a lot of self-preservation instincts can be great. 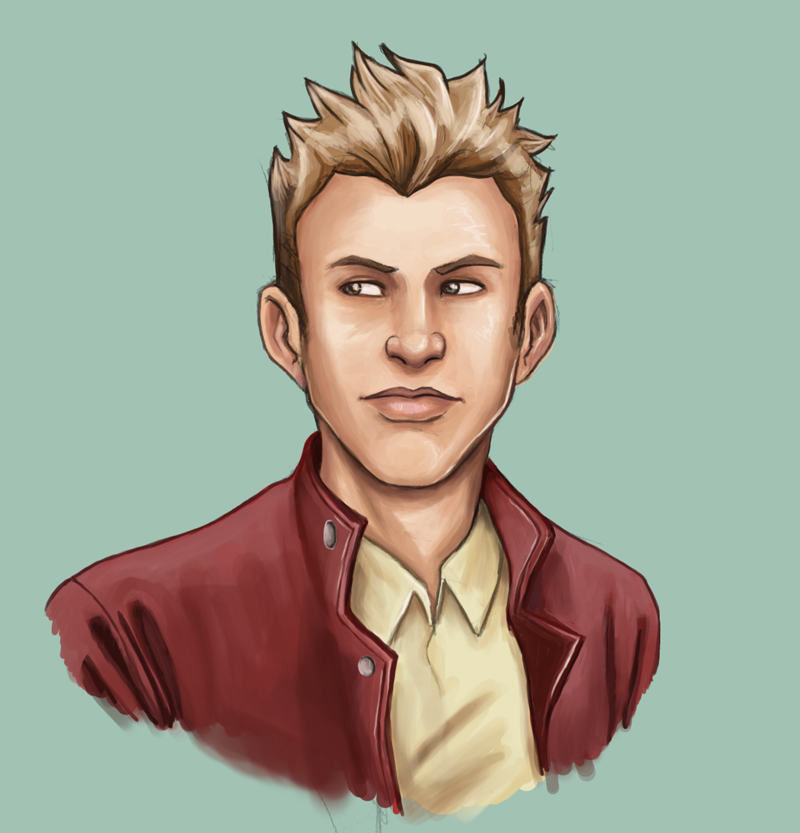 Initial concept art for the character. He had the best $600 shoes, that I never much captured. 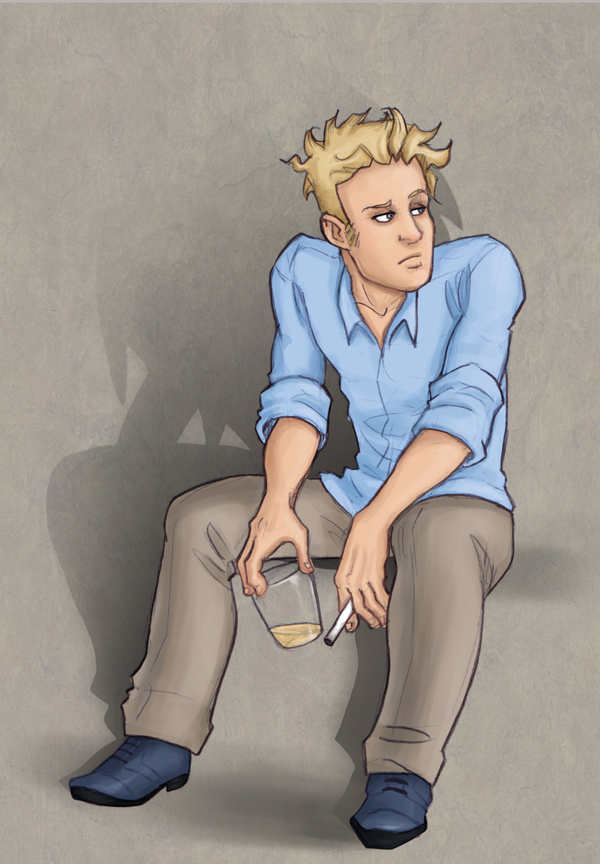 I did manage to get the $600 shoes in this one. This is Nate in all his glory. 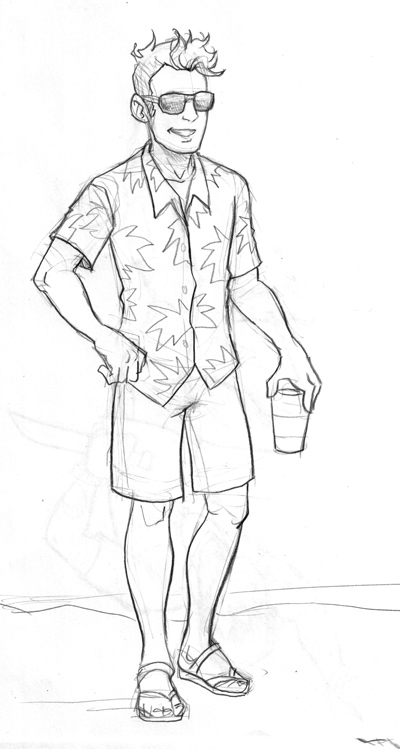 Beach Nate, for amusement. We are detecting a theme with this fellow’s props, I suppose.

Current character I am playing. D&D 5e. Paladin whose background was Enforcer. Trying to do good. With his current party, that’s rough. 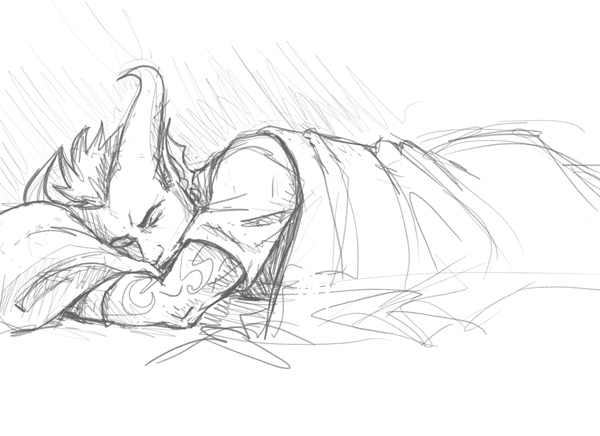 “How does he sleep with those horns?” Ask and ye shall receive. 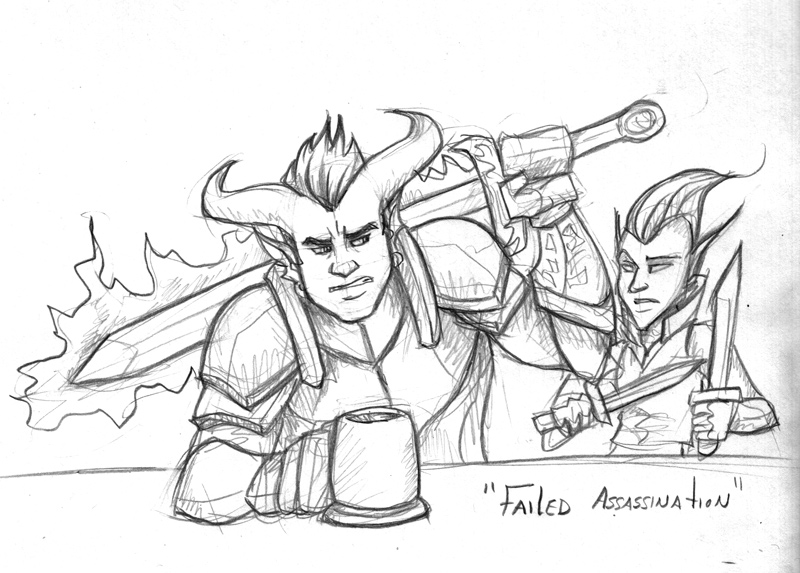 Garmos had a very bad journey on a ship and was trying to mind his own business in a tavern. Then quicklings attacked. 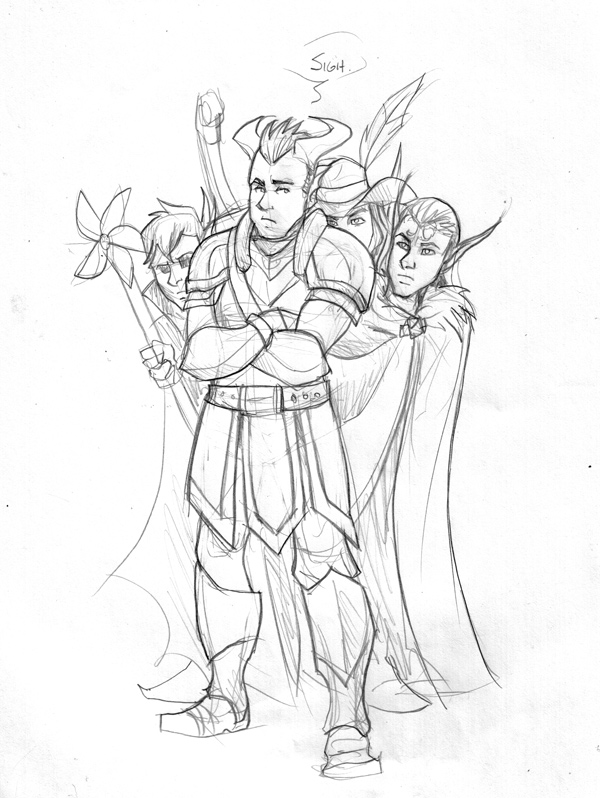 Everyone likes to hover around the paladin. He is getting claustrophobic. 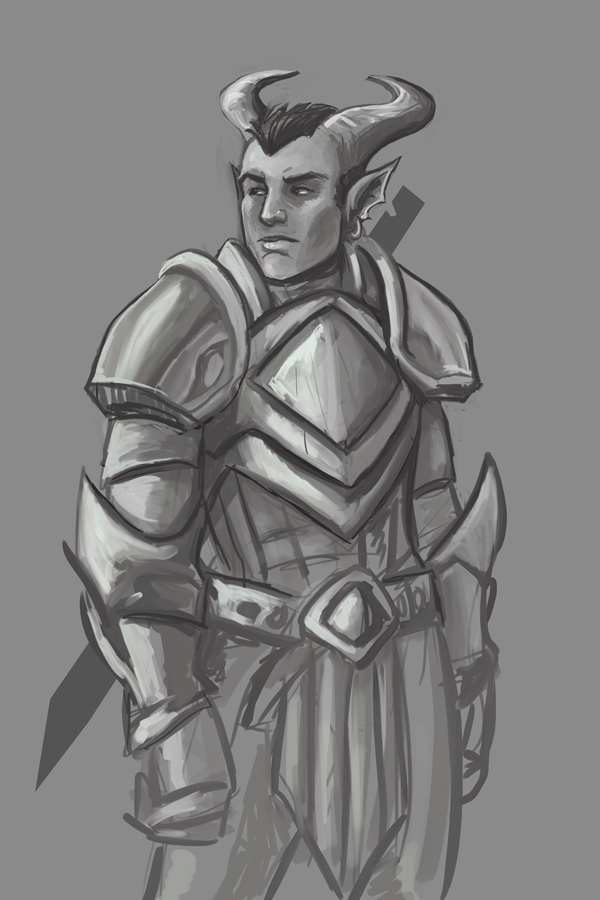 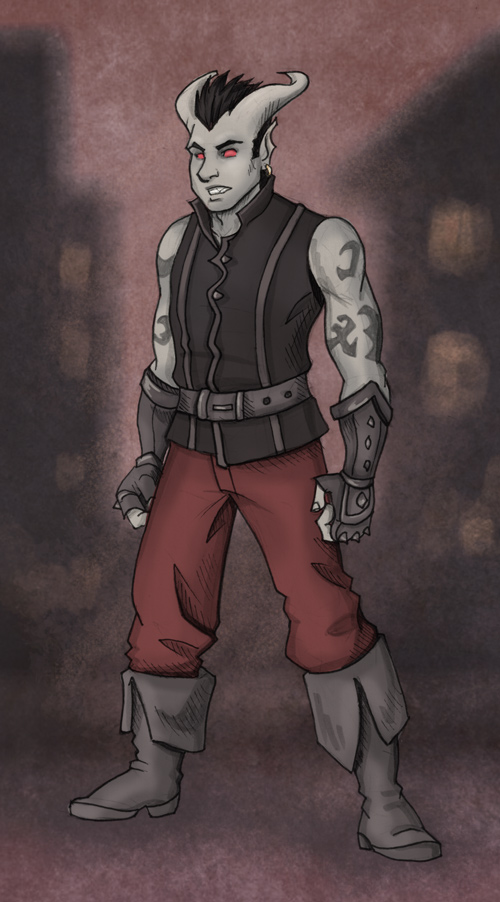