Trying to get back into figures and really nail down proper figure study and facial structure and stuff.

I have found that sketching from a photo and then scanning and overlaying to see where I have made mistakes helps me really focus on where I am prone to problems. Here is a sketch from a photo which does have problems, but I’m working on them. 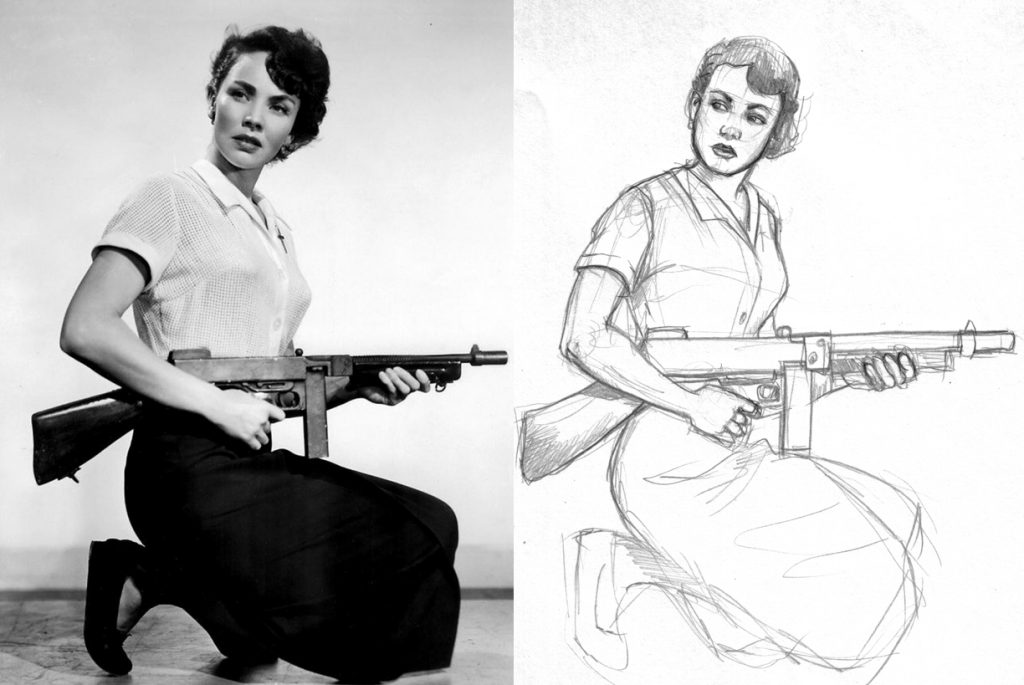 Sometimes to further improve angles and structure, I’ll draw over the sketch and photo in Photoshop.

Sketching the same thing AGAIN after finding problems helps, too.

A few other notes on the illustration and process: